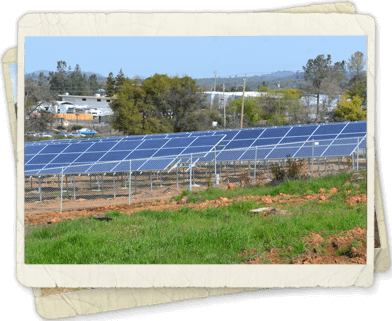 The solar system pollution offsets are:

Electric bills have been a drain on the park’s resources as visitors pay a flat rate that comes with unlimited energy to keep their appliances running.

“It’s a 105-kilowatt system that covers about 60 percent of our electrical needs,” Grant said. “We’re a big-rig park and those big RVs draw lots of power.”

MPOWER Placer program specialist Rick Julian said that the 450 panels will save an estimated $2 million for the park over 25 years.

MPOWER received the Gold Country RV application in December and approved funding from the $33 million it has available for businesses Feb. 16.

“They were looking to install a solar system, renewable energy, to compensate for the cost of the power bill that they have here at the RV park,” Julian said. “They have many hookups and they’re full most of the time with month-to-month contracts and so he has a big power bill and he has a hard time regulating that so John wanted to offset those costs by installing this energy improvement on his property.”

The 66-site park, located on K.O.A. Way off Highway 49 in North Auburn, just completed the work.

Grant said he’ll receive additional tax and depreciation savings as a result of installing the solar-power system, which covers 1.5 acres and can be seen from the highway.

“We’re able to achieve carbon-pollution offsets because the power we consume with the solar system doesn’t have to be generated elsewhere,” Grant said.

For park visitor James Roller of Sioux Falls, S.D., the solar installation at Gold Country is a sign of the times. Roller said he’s seen solar panels on motor homes like his that help ease the power load.

“Gold Country will see the benefits over time,” Roller said. “I’m already thinking about it for my house and I’ve noticed you can buy a solar installation kit for 12 grand from Costco.”

The California Association of RV Parks and Campgrounds, headquartered in Auburn, is part of the movement toward sustainable practices.

Debbie Sipe, the association’s executive director, said that the organization is continually searching for economical and sustainable practices that its affiliated parks can implement.

And it shares the information through educational seminars and industry newsletters, she said. 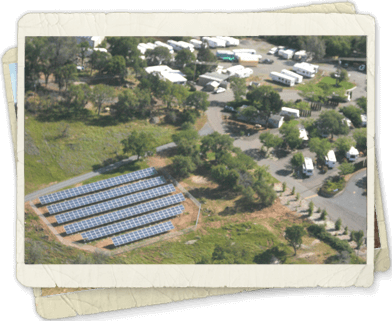 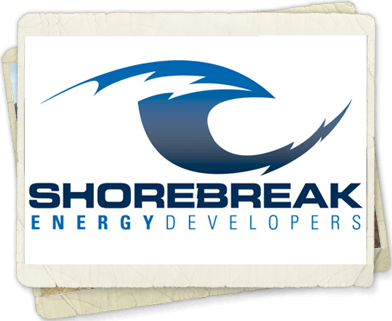 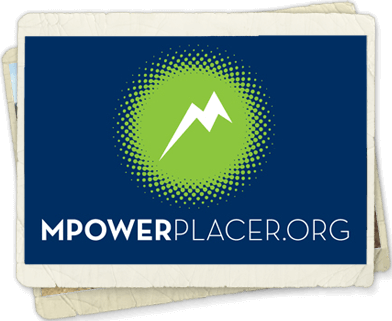